The whole island of Hawaii is formed of volcanic rock. You might expect a desert wasteland. Not so. We found a lush, peaceful tropical garden just north of Hilo.

Interestingly, nearly all the plants here are imported from other lands: Malaysia, Thailand, Burma, Mexico…

This one says Hawaii to me: the Bird of Paradise. It’s actually from South Africa. 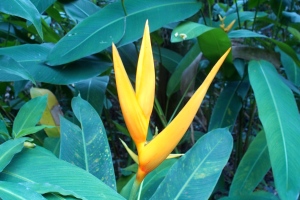 A bird of another color 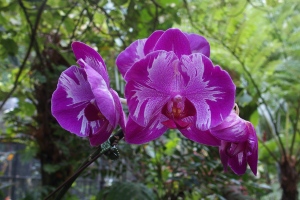 These orchids grow hanging freely without soil or water, getting enough moisture from the air.

Still more orchids. They appear not to need much tending. 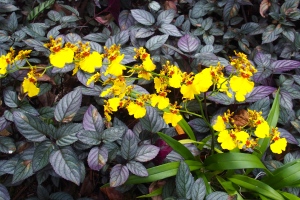 Barringtonia asiatica or Sea Putat or Fish Poison Tree. The plant is pounded, pulped or grated to release the poison, Saponin, which is used to stun fish in freshwater streams. Hard to believe such a pretty flower could tie to poison.

These pods from the Fish Poison Tree above have such an unusual shape and grow to almost six inches long.

Breadfruit, these about 8 inches long, can be cooked and eaten as a starch, like a potato that grows above ground.

We’re not plant experts, so we’re giving up on trying to remember the correct names. From here on they’re just “pretty flowers,” very pretty flowers! Along with a few trees, ferns, and fish. 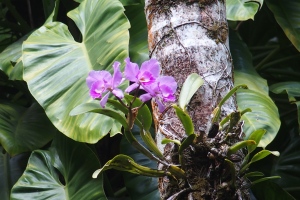 This pretty flower, like many others, just seems to attach itself to a tree for support, but gets moisture and nutrients from the air and rain. (An epiphyte) 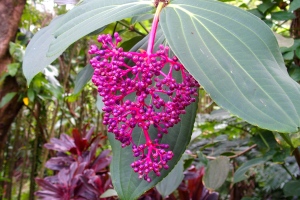 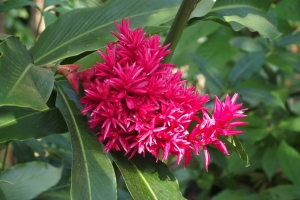 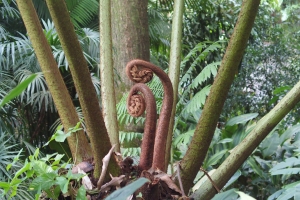 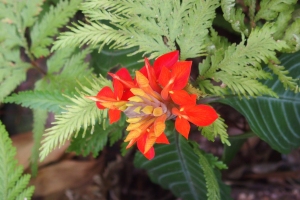 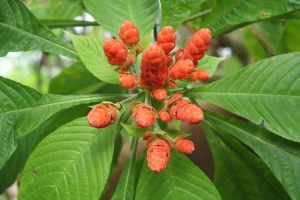 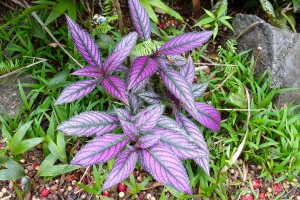 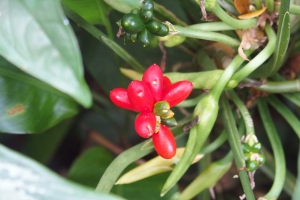 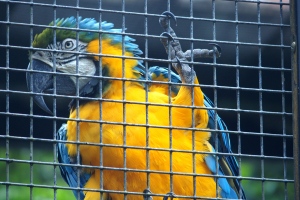 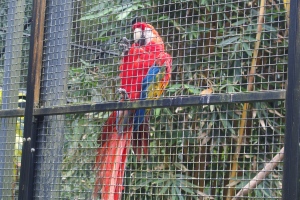 As colorful as the flowers

The garden was the brainchild and work product of Dan J. Lutkenhouse, who purchased 17 acres of land in 1977 and spent eight years wielding machetes and pickaxes to clear paths through the jungle while maintaining the natural setting, then selecting planting locations for over 2,000 species. 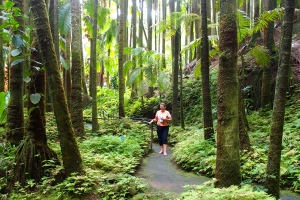 This would be a great spot to relax at the end of the day.

The natural feature of the Onomea waterfall dropping toward the ocean.

Our photos just scratch the surface of the colorful delights in this garden. For more images, check the Hawaii Tropical Botanical Garden Plant Database.