The perfect little town of Saint-Rémy-de-Provence

We love the little town of Saint-Rémy-de-Provence. The name is almost bigger than the village! It has an old town center with narrow streets, lovely little shops, flowers, and statues. 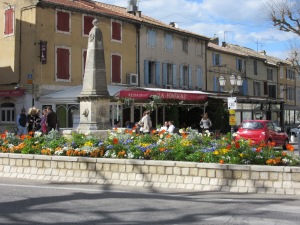 Springtime in the center of town.

We are definitely in France. Many people here do speak English and everyone has been friendly, but we are having great opportunities to practice speaking French. Even if we’ve forgotten most of French 1 from high school and mix up our tenses, no one seems to mind. 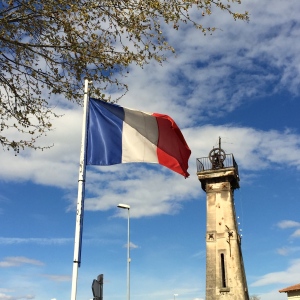 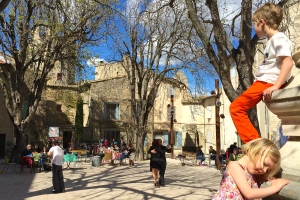 The Melonga, Argentine dance party in the same square where we bought olives at the Wednesday market. The original multi-use facility!

Saint-Remy’s church is a prominent structure in the center of town. We attended the Easter service. Although we couldn’t understand the priest’s sermon, Alleluia was familiar. 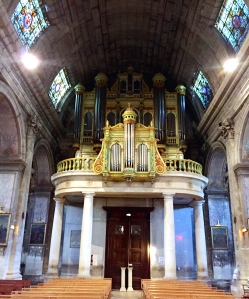 The church proudly offers concerts throughout the summer featuring the beautiful organ, restored in 1983.

The plain block exterior gives no indication of the beautiful artworks inside.

Saint Martin’s church was built in 1821.

School was out for Easter holidays.

Even the pruned trees seem to be showing the spirit of liberté, égalité, fraternité!

Decoration at the gates of a Saint-Remy home

Saint-Remy has archaeological artifacts from Roman times. Les Antiques is a combination of a triumphal arch and a tall mausoleum. This is outside the ancient town of Glanum, under excavation.

The Arch de Triomphe in Saint-Remy.

Details of the arch sections.

We’re waiting for the lavender fields to move from this green-gray color to…lavender.

Just beyond Saint-Remy are Les Alpilles, a small range of mountains, not the Alps, but still impressive massifs.

A rock face of Les Alpilles. (Click on the photo to zoom in to see what the yellow dot a third of the way from the top is.)

Soon after this point, the free climber just stopped. He was perplexed about a possible route the last bit of the way to the top.

These three billygoats gruff munched grasses on a not-quite-as-steep rock face opposite the human climber. 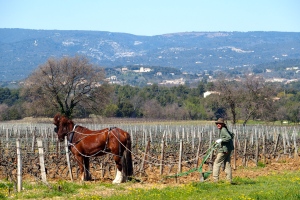 Beyond town a farmer plowed a vineyard the old-fashioned way.

This is a spot we could easily return to for an extended stay.

This entry was posted in Travel Journal and tagged France, Les Alpilles, Saint-Remy-de-Provence. Bookmark the permalink.