The cold war according to Dr. Seuss

Those of us who are baby boomers remember the Cold War scare in the ‘50s and ‘60s, with the US and USSR, the world’s two superpowers, manning up in a “Mine’s bigger than yours” battle of nuclear arm strength. The US spent multiple trillions on planes, missiles, telemetry, and top secret stuff to stay ahead of Russia in the nuclear arms race. We have seen signs of this along our travels.

The Plattsburgh Air Force Base in New York was a launch station for various planes. Within 100 miles of the base are a dozen missile silos that were manned by men ready to push the missile launch button if ordered to do so. Imagine the pressure in that job! 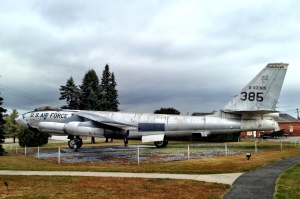 In South Dakota, just before entering the Badlands, we found the Minuteman Missile National Historic Site. 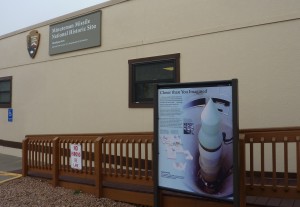 All but one of the missiles were destroyed and sites imploded after the Strategic Arms Reduction Treaty (START) mutual arms deproliferation agreement in 1991. A top-down tour is available of the one remaining (inactive) underground site…but we didn’t wait to visit.

The South Dakota Air and Space Museum near Ellsworth Air Force Base outside Rapid City features numerous missiles and planes from this era. 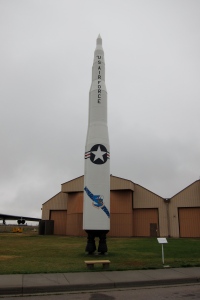 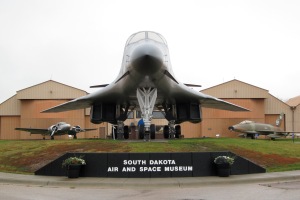 The flight from US to Moscow was so long that refueling was required en route. One of Marcia and John’s neighbors in New Jersey (ca. 1960) flew one of these KC135 refueling tankers. Unfortunately, he dropped below the clouds and was never seen again. 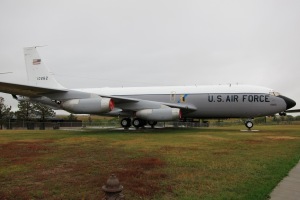 As school kids in the early ’60s, we had drills where we were taught to “run, duck, and cover” in the case of a nuclear attack. Most schools didn’t have bomb shelters, so the “cover” would have been totally ineffective against penetrating radiation from nuclear attack. This B83 bomb, as an example, could wipe out a large city when armed with its 1,200-ton plutonium nuclear warhead. By the way, 650 of these were made during the Cold War…and many remain in service!

If you’re looking for a good book to read to your kids to educate them to learn from past mistakes, pick up this Dr. Seuss favorite (or maybe not-so-well-known), The Butter Battle Book.

Here two neighboring groups march cautiously next to their shared wall. Each group complains about the other’s way of life: One eats toast buttered side up and the other eats toast buttered side down. A minor volley across the wall causes “our” group to ramp up defensive arms (charmingly pictured as only Dr. Seuss books are). Then, of course, the other group counters with a bigger defensive system. And on it goes.

Finally the arms race has reached its apex and two grandfathers stand at the wall ready to “push the button.” What happens? We will see.

The real Cold War era started to wind down with the SALT (Strategic Arms Limitation Treaty) talks of 1969 which led to mutual arms destruction and a thaw between US and USSR by 1990. However, did you know that now in 2014 the US still has over 500 Trident submarine-launchable and as many as 5,000 modern underground missiles that are expected to stay in place, armed, through 2040? What will happen? We will see.

1 Response to The cold war according to Dr. Seuss